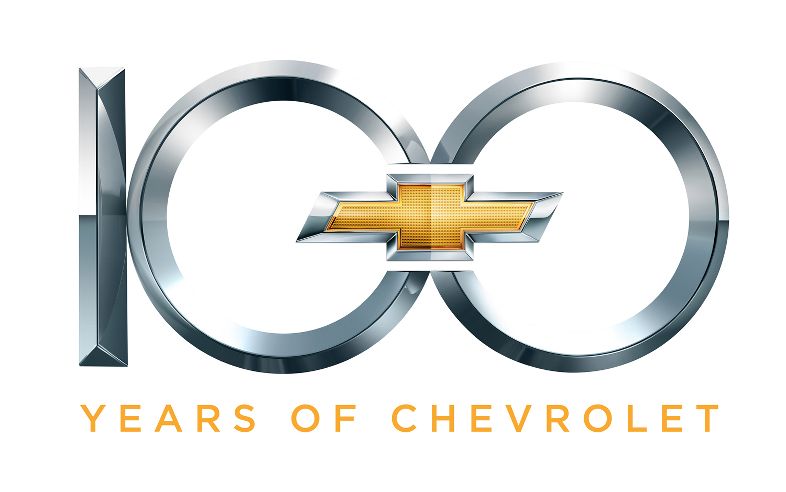 CHEVY RUNS DEEP, FOR THE FIRST 100 YEARS AND INTO THE NEXT

The brand was founded in Detroit, in November 1911, by racer Louis Chevrolet and General Motors founder William C. "Billy" Durant, who developed cars that quickly earned reputations for performance, durability and value. Those traits remain at the core of Chevrolet, which is the world's fourth-largest automotive brand.

From the very start, Chevrolet brought technology and features typically reserved for more expensive cars to its lineup of affordable cars and trucks. The first Chevrolet the Series C Classic Six offered an electric starter and electric headlamps at a time when both were rarities among even luxury cars. In the decades that followed, innovations such as safety glass, fuel injection, anti-lock brakes and electronic stability control systems were used on Chevrolet models at the same time as more expensive vehicles. As one of the largest-selling brands in the industry, Chevrolet's early adoption of landmark technologies fundamentally changed the way they were applied to new vehicles.Chevrolet also made performance affordable. Its early four- and six-cylinder engines were known for durability and strong performance, but it was the 1955 introduction of Chevrolet's small-block V-8 that opened a new era in attainable high-performance. The engine would power millions of cars and trucks in next 50 years, with its legacy passed on to a new generation of small-block V-8s that is used in today's trucks and SUVs, as well as performance cars including the Camaro SS and Corvette.

The performance characteristics of the small-block V-8 helped establish Chevrolet as a force in almost all forms of motorsports. Chevrolet-powered race cars were immediate contenders in the fledging stock car and drag racing worlds of the 1950s, growing to dominate them in the next decades. Chevrolet is the winningest brand in NASCAR and has collected more NHRA Pro Stock Manufacturers Cups than any other brand.

Design has been a cornerstone of Chevrolet and many of its models have become icons of American culture. The soaring fins of the 1957 Chevy Bel Air epitomized the optimism of the Jet Age, while the sleek 1963 Corvette Stingray is regarded by many automotive historians as one of the best-looking cars ever designed.

Other Chevrolet models' designs had cultural impacts that resonated for decades. The Camaro, introduced in 1967, brought great design and affordable performance, to younger customers. The heritage-inspired design of the fifth-generation model, introduced for 2010, quickly became the best seller among its primary competitors.

In the truck world, Chevrolet design innovations helped drive changes and create new markets in the industry. The Suburban was introduced in 1935 and continues as the longest-running automotive nameplate in industry history. Its concept of delivering greater passenger and cargo capacity has remained true for 76 years.Design has been a cornerstone of Chevrolet and many of its models have become icons of American culture. The soaring fins of the 1957 Chevy Bel Air epitomized the optimism of the Jet Age, while the sleek 1963 Corvette Stingray is regarded by many automotive historians as one of the best-looking cars ever designed.

Other Chevrolet models' designs had cultural impacts that resonated for decades. The Camaro, introduced in 1967, brought great design and affordable performance, to younger customers. The heritage-inspired design of the fifth-generation model, introduced for 2010, quickly became the best seller among its primary competitors.

In the truck world, Chevrolet design innovations helped drive changes and create new markets in the industry. The Suburban was introduced in 1935 and continues as the longest-running automotive nameplate in industry history. Its concept of delivering greater passenger and cargo capacity has remained true for 76 years.

In 1955, the special-edition Chevrolet Cameo Carrier introduced smooth rear fenders for the first time to a mainstream pickup. The styling gave the truck a flowing, upscale appearance that differed greatly from the traditional "step side" design of other contemporary trucks. Within a few years, the entire industry was transformed. The smooth cargo bed sides, which became known as "fleetside" styling, were found on every truck on the market.

In 1910, Durant was forced from the company he founded, but wouldn't be deterred from the burgeoning auto industry. He regrouped with other partners, including Chevrolet, to develop a new car. Durant believed Chevrolet's reputation as a racer would help sell the car, so it was named for him. The Chevrolet company was founded in 1911 and its first car, the Series C Classic Six, was a large, finely crafted motorcar. Its large, 4.9L (299 cubic inches) six-cylinder engine produced 40 horsepower and enabled a top speed of about 65 mph. It sold for $2,150 or the equivalent of nearly $50,000 today, when adjusted for inflation.

Despite its high price, the Chevrolet was well regarded for its style, precision and comfort. Durant was also producing a smaller, more affordable car called the Little. Sales of both were strong, but Durant recognized the strength of the entry-level field and steered his company in that direction. The Chevrolet Series C and the Little were produced through 1913. In 1914, the basic Little platform was remade as the Chevrolet Model L and later that year, the Model H was introduced.

The refocused Chevrolet line was immediately successful, thanks to a value-driven price and a tough four-cylinder engine the proved very durable. Despite the company's early success, Durant and Chevrolet differed on the philosophy of the company's products. The gulf between them resulted in Durant buying out Chevrolet's interest in the company in 1915. Customers ultimately validated Durant's vision and Chevrolet sales continued to grow. The success enabled Durant to buy a controlling interest in General Motors in 1916. By 1917, Durant was back at the helm of GM with Chevrolet as a division.

Durant left General Motors in 1920. He established another car company and became a prominent Wall Street investor. The stock market crash of 1929 proved fatal for both endeavors. He was bankrupt by 1936. He died in 1947 and was buried at the Woodlawn Cemetery in Bronx, New York.

Louis Chevrolet also lost his fortune during the Great Depression. He returned to his vocational skills and worked as a mechanic at a Chevrolet factory in Detroit. He died in 1941 and was buried in Indianapolis, near the famous speedway where he forged his reputation as a fearless racer and innovator.

INTO THE NEXT CENTURY

The electrically driven Volt leads Chevrolet into its second century and redefines what a car means. It is the world's first mass-produced electric vehicle with gasoline-powered extended range, providing up to 379 miles of total range2. That means Volt provides the benefits of an electric vehicle without the range limitations associated with other electric vehicles in the market expanding the boundaries of performance and efficiency. It is redefining what a car means and exemplifies Chevrolet's heritage of introducing advanced technology on value-driven products.

The forward-looking philosophy that nurtured Volt from concept to production is also responsible for products such as the Equinox and Cruze, whose value stories are validated by critical praise, third-party recommendations and the growing numbers of customers who are new to Chevrolet. Similarly, the Camaro and Corvette continue a six-decade heritage of offering high-performance values, bringing advanced technology to affordable sports cars. On the truck side, Silverado delivers the greatest capability in the long history of Chevy trucks, with greater capability and efficiency on the horizon. These vehicles were developed with an eye on Chevy's past, ensuring they remained true to the brand's commitment to bringing more technology to more people.

This year, Chevrolet will launch the all-new Sonic in North America. Next year, the Spark comes to America, bringing the Chevrolet spirit to a new and growing segment of smaller, highly efficient and fun-to-drive cars. Chevrolet is also exploring a range of concepts and new-product segments, building on the momentum generated by recent successful product launches to put Chevy vehicles in the driveways of a wider and more diverse range of customers.

Cruze, Sonic and Spark are products of Chevrolet's growing global presence. Indeed, the Chevy "bowtie" insignia is seen on vehicles in more than 130 countries and Chevrolet is leveraging those worldwide links to develop products tuned for local tastes and needs, while delivering the brand's trademark style, value and performance. Shared development procedures with engineering and design centers around the globe also help deliver safe and efficient vehicles. The Cruze, for example, offers 10 standard air bags and the Cruze Eco model offers an EPA-estimated mileage rating of 42 MPG on the highway.

Chevrolet enters its second century with great momentum. The next 100 years will see Chevrolet help remake the automobile to complement the needs of evolving societies and changing resources all with its iconic style, performance and value.